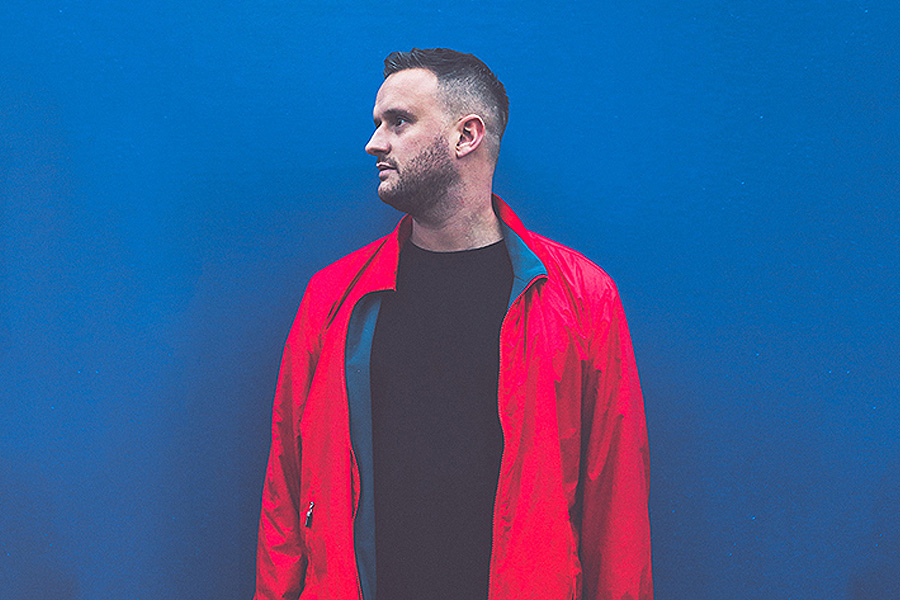 UK producer Boxia is fast becoming an exciting name in realms of house and techno featuring on Alan Fitzpatrick’s fabric mix CD as well as being heavily supported by Adam Beyer (who has included a production of his onw Drumcode’s A-Sides comp). Now, with his forthcoming release ‘Wonderful Road’ set to drop on Huxley’s expanding imprint No Idea’s Original later this month, it seems Boxia is just on the periphery of his career.

We asked him to dig out 10 of his top techno tracks, old and new, which have inspired his own music and will continue to do so for years to come.

“‘Generation’ is my new track from the ‘Wonderful Road’ EP that comes out on the 26th August, and I’m really excited about it. When the drone first comes in it’s definitely a heads down affair. It’s quite experimental but I built it for the dance floor – with a sprinkling of darkness. It definitely offers something a little bit different in my sets and I was really hyped when Huxley wanted to sign it to No Idea’s Original.”

“This is more of an ode to Alan Fitzpatrick’s original rather than my remix, but when I saw the destruction this caused at Drumcode Halloween (Tobacco Dock) last year, it felt like something really special. It also served well as a track on Alan’s Fabric 87 mix and Mixmag described it as “relentless” – plus witnessing it being played at the launch party at Fabric was definitely a sight to behold.”

“I was at a rave having a dance a while back when my mate played this, and after I heard the breakdown, it was one of those run to the decks ‘WHAT THE HELL IS THIS’ moments. Ever since I’ve played it in most of my sets, it’s a party starter or end of night track all the same. I would love to remix it one day.”

“There’s not many tracks that are 20+ years old and still sound as current as this monster does. It’s noisy, brash and smashes the shit out of the dance floor. It’s difficult to select 1 out of 100’s of Armand Van Helden tracks, but this one gets played the most in my sets. The man is a god and certainly shaped my perspective on music. I’ll leave it down to you to decide which mix you like this one on the most – they’re all belters.”

“I’ve listened to ‘Hanging Gardens of Babylon’ thousands and thousands of times and it still never feels enough. When I listen to it I get completely lost, in a good way. The strings/chords are a thing of beauty and it really is a stunning example of how music can move you. All time future classic – P.S. I listened another ten times whilst writing this.”

“The groove and build up in ‘Hold, Doubt, Back’ are sublime, and the vocals really etch away at rave nostalgia. The energy in this track really comes to life on big thumping systems, but all of Pär’s music is incredible, and I urge you to check him out.”

“I don’t really need to say much about this mega track. I’m reminded of its greatness from playing it at the LWE Junction 2 afters at the Hydra whilst I was warming up for Adam Beyer. I had an unexpectedly longer set time than planned, so I was digging deep to get the party started – then this came out and did exactly that.”

“‘Drone Techno’ has been another mainstay in my sets for a long time. I love to play this in warm ups; it really sets the tone of the night beautifully. Simplicity at its best.”

“I bought this a very long time ago, and to this day it’s one of the many tracks that inspires me massively. Listening to it really is a lesson on how to make amazing, timeless music. I often wonder about when Laurent was sitting in the studio making it back in the day, and whether he thought for a minute what effect it would have on the future.”

“‘Beware’ is probably the best advice I’d give If you intend to listen to this track for the first time. There really are no words to describe it, so I’ll try and explain what it reminds me of. I can only liken this to how you might feel at the latter end of a 72 hour bender, you know, the bit when you’re still out, possibly in your 3rd or 4th club, you’ve lost your phone, lost your mates (but made loads of new ones) and you have no idea where you are. All that said, it’s a masterpiece of madness, I love it and have listened to it countless times. I played this at 5am in a very dark club at ADE last year, as you would imagine it worked quite nicely!”

Boxia’s ‘Wonderful Road’ will be on August 26th on No Idea’s Original.