The old ruins of the Packard Plant tell the history of a city that once was at the pinnacle of the automotive revolution; one that made the city of Detroit America’s industrial powerhouse.

After a few decades of abandonment, the apocalyptic type site has become the epicenter for a full construction development that will encompass a European style Spa, restaurants, a hostel, and a nightclub.

According to Detroit Free Press, the redevelopment project is expected to last a bit over 10 years and to make it a reality the Detroit City Council needs to act on a tax-freeze plan that would jump-start this ambitious idea. 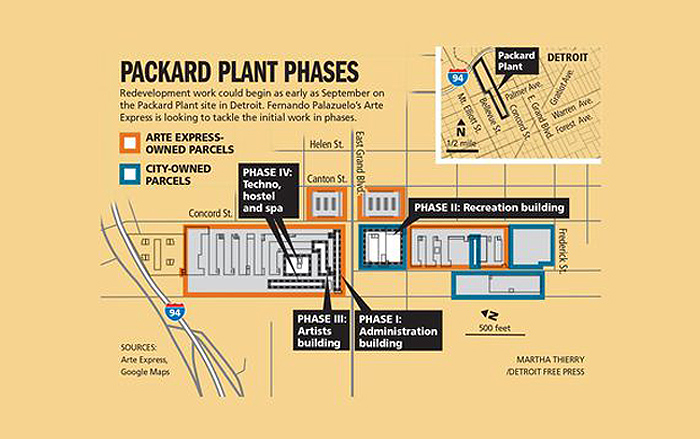 Arte Express owner Fernanado Palazuelo bought the Packard Plant back in 2013 and is behind the project with Kari Smith as Director of Development. For the nightclub concept they have plans to partner with renowned Berlin techno club owner Dimitri Hegemann. “According to Dimitri, he’s going to be bringing in a lot of young people from Berlin who are extremely interested in Detroit,” Smith said of the entertainment and hostel concept. “Berlin, of all the cities I’ve been in, loves Detroit more than any other city.”

The famous club owner is interested in pushing a law that will allow the Packard Plant venue to serve alcohol past 2 AM.

Argy shares his Top 5 from These Days Records

Till Von Sein: “I will always and forever be a DJ first”

Alongside his trademark sound, Till von Sein exudes an aura of noble grandeur mixed with…