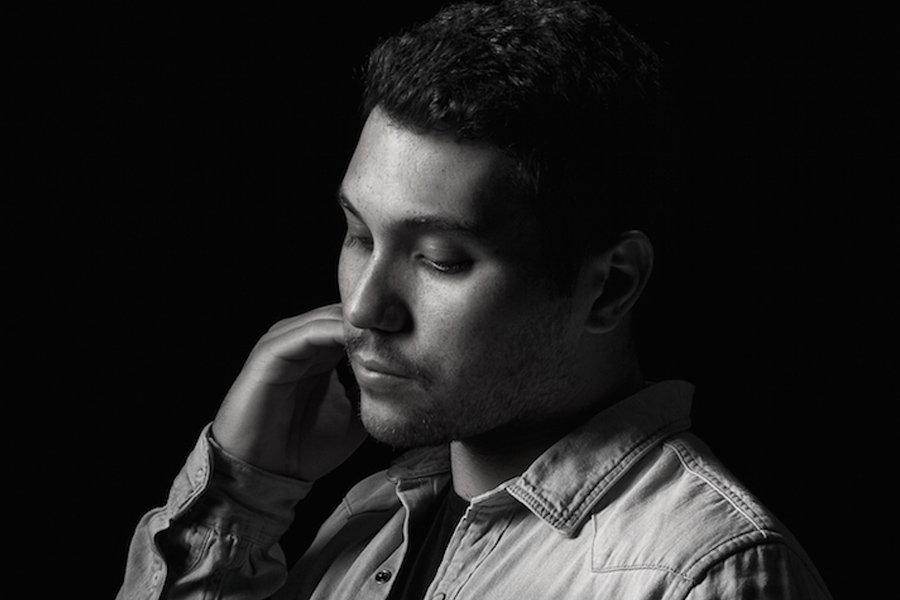 We have the chance of speaking with one of the men who put Brazil on the house and techno map. Playperview co-creator HNQO has had stellar releases on Hot Creations, OFF Recordings and Warung as well as on his own famed imprint which serves as a platform for underground talent. Influenced by everyone from Grandmaster Flash to KINK, this special artist is here today to discuss his brand new EP ‘White Stripe’ and talk about his very own sound.

EG: Hi HNQO, thanks for the chance to chat with us. We love the new ‘White Stripes’ EP on your own label, Playperview! How did you come to start your own outlet?

HNQO: Hello guys, thanks for having me aboard. Playperview started a little bit more than 5 years ago. Our goal was and still is to release mine, Fabø’s and Rolldabeetz’s tracks. From that, we started to expand the family with Dake, Maax, Victor Enzo, Caio Stanccione, Bruno Belluomini and the list goes on. They are all Brazilian and they are all friends of ours.

EG: Would you say it the label has helped and been a platform for the house and techno scene in Brazil since its birth?

HNQO: I think definitely is something that came out handy for our local scene, as we started to release artists that back then were not really known by the locals. They started to play a few gigs here and there. Also a series of succesful label showcases were done at key clubs on the south part of the country.

EG: What influenced you to make the music you currently do?

HNQO: It’s difficult to say what exactly has influenced me to start producing music. From the beginning my desire was to make music.

EG: Were you musical growing up. Where does your passion stem from?

HNQO: I’m not sure where my passion for music comes from. Unfortunately, or maybe fortunately, my family wasn’t really musical, so I found my way into music by my own. To do things this way is something that’s part of my signature in life and I like it. Since I was a kid I got all excited about the different sounds in music and the passion was there. It all happened very spontaneously.

“From the beginning my desire was to make music”

EG: At the moment, how would you describe your sound?

HNQO: My sound it’s a blend of sci-fi, melancholic and also groovy sounds. With an approach to the organic sounds and also the modern synth noises.

EG: You have a very own signature sound. What artists have been the main influences on your sound?

HNQO: There are many influences but the main artists that I listened to since I started to get along with Electronic Music are Trentemøller, Stimming, Nicolas Jaar, Gramatik, Devonwho, Gorge, Alexkid, among many others.

EG: What is your preferred studio set-up to make such particular tracks? What did you use on White Stripes?

HNQO: My setup is constantly changing according to my mood and needs. The one I prefer at the moment is also the one I have used to produce ‘White Stripes’. On my right hand side, a Moog Sub 37 – Alpha Juno. In front of me, a Desktop running Ableton 9 and a few of my favourite VST’s on the Arturia pack – Processing by the Apollo 16 UAD – Teenage Engineering OP-1. On the left hand, the Vermona DRM II – Tempest – TR-707 – Tanzbar – Minibrute – MBrane – Mbase01 – Mbase11 – Jomox 999. A few delay and reverb pedals are good as well.

EG: Will 2017 see much touring or mainly studio work? How do you balance these two?

HNQO: I have just finished my album and as soon as it gets released, I’ll start touring. Last year was quiet in terms of travelling as I was working to get the album and a few other EP’s done. The balance for me between both is that I need more time in the studio in order to get the music flowing. But I also need to tour and visit places, meet people and to be out there to get proper inspiration to bring back to the studio.

“My sound it’s a blend of sci-fi, melancholic and also groovy sounds”

EG: What tracks have been getting a lot of play from you at clubs recently?

HNQO: Johannes Brecht version of ‘Voix Grave’  is a beautiful song that I’ve been playing quite a lot.

EG: What artists do you think are ones to watch for 2017?

HNQO: I haven’t been watching anyone that close to be honest. As I was working on my album, I wanted to get the less influenced as possible.

EG: What does the future hold for HNQO?

HNQO: My first album drops in a couple of months and I’m very excited for that.