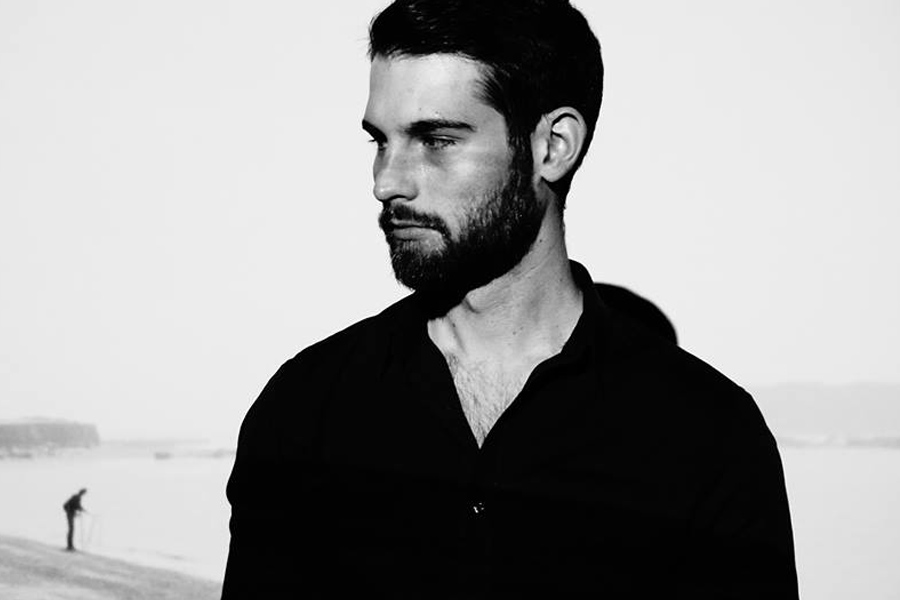 If it comes to passion and devotion to deep undeground house music, Thierry Loesch aka. Riven is one of those artists that spreads dark grooves through every venue he spins the decks at. Running his own events and label he recently won the award “Best Luxembourgish House DJ” at the LNA.

We had the chance to talk with him to talk about his past and future plans.

Electronic Groove: Hi Riven, thank you for speaking to us. For the people who may not already know you could you tell us a little bit about yourself?

Riven: Hey guys! First of all, big thanks for having me on your interview. My name is Thierry aka Riven and I´m a DJ and Producer from Luxembourg. I´ve been DJing and producing since the age of 15, that makes it about 12 years now. I started out as a Drum & Bass DJ but quickly became attached to house and techno, especially during my time at the university in Brussels, which is a pretty nice town for the scene. After I started mixing and producing house, I quickly decided to start my own project with a friend that we called ‘Lauter Unfug’, which means something along the lines of “lots of loud trouble” in English. I know the translation might sound confusing to one or another but in German, it works as a pretty good title with a double meaning.

EG: You’re based in Luxembourg where you host your ‘Lauter Unfug’ event series. Can you tell us more about how the series began?

Riven: Exactly! It began in February 2013 when I got back to my hometown Luxembourg. I just got back from Brussels which has a really established scene in regards to house and techno whilst Luxembourg was completely dead. There was literally nothing to do (except poppin’ champ off course). That’s when I met Pierre at a massive New Years Eve rave (yes, once a year there was something to do) somewhere in a barn in the middle of nowhere in Luxembourg. We decided that something had to be done and that’s how ‘Lauter Unfug’ was created.

EG: What have been some of the stand out moments since launching the event series? Has there been any particular guests that have stood out?

Riven: Well, we were the only one doing it and we were doing it with passion, not to get money or to become famous. We did it because we liked the music and needed somewhere to go out. Obviously, we weren’t the only ones as the events became more and more packed. Which was a really good thing and kept us going ever since. In Luxembourg, people don’t yet have this tendency to seek out artists that are not in the top charts, that’s why we had to go for the big names straight ahead to get peoples’ attention – names like Matador, Marek Hemmann, Mathias Kaden, Santé, Sidney Charles, Marc Houle, Steve Bug, Claptone, Re.You and many other really solid artists.

EG: ‘Lauter Unfug’ is also an established label with numerous releases under its belt. What was the transition like launching a label? Has there been any particular challenges or rewarding moments?

Riven: Well we’re at 19 releases now! That’s not that much if you think about it and the label only exists since a year (before we were only doing parties). Considering that, I think we are doing pretty well. We’ve got a lot of impressive names that we had the honor to release on our label and we are really grateful for all the massive support we get by international established artists whom many have become friends over the years and through the events. As mentioned before, music is a big passion for us, it’s a thing we do with the heart and with the head, not for the greed. I think that helped a lot and I think a lot of artists noticed that and appreciate it. Especially as we really do everything to make our guests feel as comfortable as possible and we take care of them throughout their entire stay in Luxembourg, including dinner before the events and drinks after, if you know what I mean ;)

EG: The label’s latest release is from yourself and features remixes from Bunte Bummler and Channel X. Can you tell us more about it? What was the production process behind it? And what made you choose those remixers?

Riven: Well, I finished ‘Too Tight’ about a year ago, it’s been produced with a lot of analogue stuff such as my Moog sub 37, the Waldorf Pulse 2 and my Electron Analogue Rhythm. I’ve been putting a lot of time to get the breakdown right and I’m pretty happy about how it turned out. I really try to get away from the common overplayed tech-house which you might have noticed listening to the track.

For the remixers, I’ve always been a huge fan of Bunte Bummler and everything they do. I’ve been overwhelmed when they agreed to do it. As for Channel X, they’ve been good friends for a while and now and some outstanding producers, who would not want those guys to remix your track?

EG: As a DJ, when not a resident at Lauter Unfug, you play clubs such as Tresor (Berlin), Kosmonaut (Berlin), ADE, not to mention various festivals. Where’s been your favorite place to play?

Riven: Well, I have to say I really like to play at Studio 21 where I have my residency and where we do our events. It’s a small, magical place that has a really familiar atmosphere. Sometimes I asked myself if it was just me who loves this place because we do our events there but when I saw Marc Houle and Marek Hemmann perform LIVE for three full hours instead of one and a half, I know there’s something about this place. Off course, Kosmonaut is also an amazing venue and as I like traveling, every gig abroad is always welcome.

EG: Finally what have you got lined up for 2017? Any confirmed releases, remix-es, gigs or projects you can announce?

Riven: Oh we got some really, really big releases coming up which I’ve been hammering for weeks and there’s always some random guy (or girl) running up to me screaming: “WHAT’S THE NAME OF THIS MAN???”

Same for the parties, we’ve got a lot of DJ requests by our fans and we will make some of them happen ;)