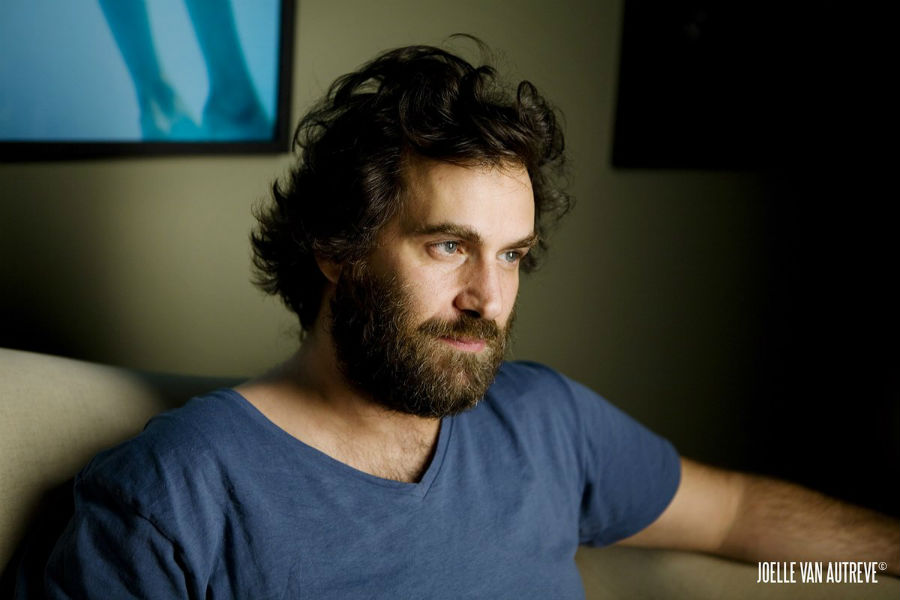 Notorious French disco producer Guillaume Atlan aka The Supermen Lovers has been turning heads since the turn of the millennium with his expert crafting of rhodes, synths, drum machines, and funk samples. From setting up his own label Lafessé Records, which was home to his 2001 hit ‘Starlight’, to putting out three albums and a lengthy series of EP’s, this French talent has earned his stripes in the most convincing way possible.

Now, hot on the heels of his recent ‘Absolute Disco’ EP, The Supermen Lovers offers a new EP titled ‘Walking on the Moon’, which conveniently serves as a precursor to his next full length album due in early spring 2017.

We caught up with the French artist to discuss more about his new album.

Electronic Groove: Hi Guillaume, thanks for taking the time to talk to us. How has your 2016 been?

The Supermen Lovers: Hi guys. 2016 has been a great, busy and creative year : studio time, Live and DJ set, creation of the new album, went through a big change in the way I produce music, travelled a lot in European cities – Amsterdam, Ibiza, London, Berlin – to soak up the energy of the people in clubs, taking care of my new label Word Up Records and all the artists that I represent: Roommates, Neumodel, Entschuldigung, Fell Reis, among others.

I spent a long time to mix the new album as I did different mixes on each track. Also, I’ve started with only analog mixtables and hardware but moved to a mixed analog-digital working station using plugins and some hardware ma-chines.

EG: You’ve had a long and interesting career. Can you name any particularly stand out moments? Gigs, releases or anything else?

The Supermen Lovers: There are so many great memories! Fantastic gigs in Australia, Siberia, Georgia, UK and many more! Every gig is fullfilling and most of them incredible for me.

“Every gig is fullfilling and most of them incredible for me”

EG: Can you talk to us about the new EP, ‘Walking on the Moon’? What sound were you going for and what influenced the tracks?

The Supermen Lovers: I’m a huge fan of disco and I use to listen a lot of Californian disco like ‘El Coco’ or Euro disco as ‘Silver Convention’… I wanted since a long time to do a track that sounds that way but without those cheesy strings bridge ;) I did different versions of ‘Walking on the Moon’. The first one was really acoustic. Real drums and bass, more clav and rhodes. A real disco track… But I wanted to be able to play that track in an electro set. So I went back in the studio and changed my mind on the production. I kept the acoustic vibe by playing all keyboards and guitars but I chose more plugs for the sound of the bass (even if I kept a minimoog for very low frequencies).

For ‘Parallels’ I started the track with a Linndrum sequence and use a moog for bass. I wanted to do a track that could sounds italo disco and electro.

EG: You’re going to be releasing a new album in 2017. Will any of the tunes from this EP make an appearance on the album? Can you tell us anything else about the album?

The Supermen Lovers: Yes, ‘Walking on the Moon’ will be in the album and ‘Parallels’ or ‘Caravan’ too. It could be progressive, instrumental, pop or electro funk tracks… but the link between each track of the album is the dancefloor.

In my third album, ‘Between the Ages’ (released in 2012) I’ve worked with famous funk legends as Rick Bailey (Delegation) and Norma Jean Wright (Chic). In this new one I worked with people around me: friends, musicians, producers, singers. I wanted to go back to the first album feelings… guys I know and I’m living with.

EG: In your experience how has the music industry changed since you first started out?

The Supermen Lovers: Wow… Almost everything has changed! I started to release records in 1999. There were no Internet, no YouTube channels, no Spotify playlist, no plugins, no SoundCloud, no USB sticks and the list goes on!
Those were different times. Not better or worst… just different.

“Almost everything has changed!”

EG: Finally, what can we expect to see from The Supermen Lovers project in the future?

The Supermen Lovers: I’ve closed my label Lafessé Records 2 years ago. It was born in 1999, but I decided in 2015 to make a new one with new sounds, new artist, Word Up Records. I’ve signed Roommates, an electronic duo that has released 2 EP’s in 2016; Neumodel, rookies from Paris making new funk; Entschuldigung, a side project with my mate Stefan Lebenson in which we are only using old analog machines (TR808-909-606), our new EP will out in February. And I just signed Fell Reis, a Brazilian DJ resident in Ibiza ‘Café del Mar/Sankeys’, his first EP on the label will be released on April 2017. A lot of productions, releases and gigs too.

I use to do a lot of live performances during 12 years but since 2013 I’m Djing too and that’s a great thing for me because I have a closer contact with the dancefloor and can try my own productions. If something is wrong in a track I can check it and change it if needed. Now I’m doing both: Live Act and Djing.

The Live Act for the new album will have more electronic machines than before and will fit better to a dancefloor. Even on the DJ side I like sometimes to take a little Korg R3 and play pads or sequences in the mix.

On another way, there will be more collaborations on The Supermen Lovers. I’m working at the moment with different artists as producer or musician.

The Supermen Lovers’ ‘Walking on the Moon’ EP is already available, grab your copy here.