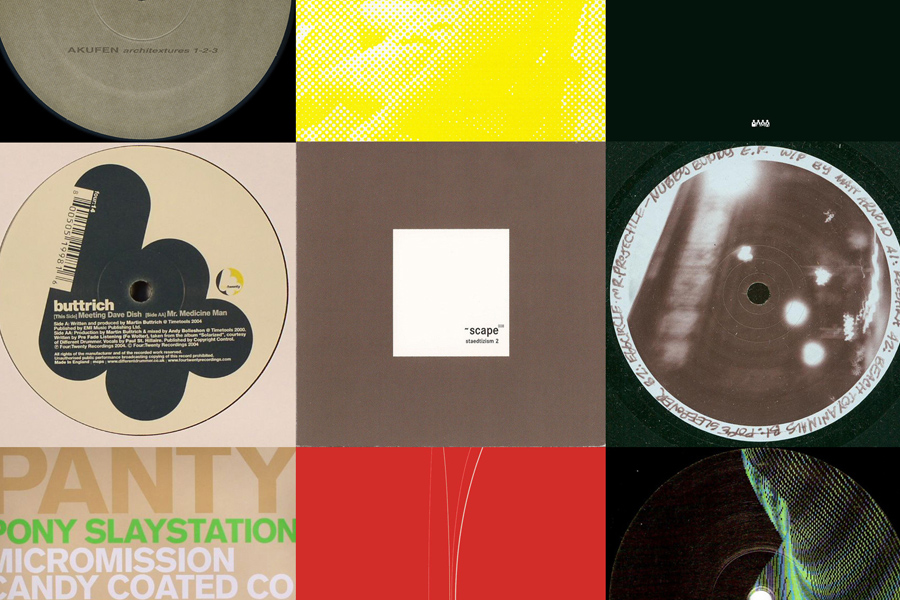 Manchester’s Yard One and Ruthit just delivered ‘Sonder’, a two-tracks collaborative EP on Tact Recordings. For the special ocassion we asked them to share some of their favorite tracks from the early 2000’s.

“An absolute beauty of a track from Mr. Projectile ‘Keesha’ which came out on the late Wisconsin USA based label Parotic Music in 2001, outstanding skippy drum programming and stuttering bass hits layered alongside warm dub chords and resonant blips” (Yard One)

“Outstanding from Akufen here with ‘Architextures 1’, this track makes you move, simple. Every-time I’ve played this out, it goes off. Groove!” (Ruthit)

“Something i’d consider to be a masterpiece of electronic music and in my opinion Martin Buttrich’s finest work to date, released on the Four Twenty imprint back in 2004 and a reminder of times spent at Circo Loco at DC10 in 2007/8 where this was played often and featured on one of the compilations. The intricacies and enthralling production throughout the composition kind of speaks for itself” (Yard One)

“Incredible work from the late James Marcel Stinson (Drexciya / Underground Resistance) under his Lab Rat XL guise. As with most of his productions the fluttering synth lines, hypnotic moog style sounds and 808 drums are fused with precision to create raw and energetic Electro perfection” (Yard One)

“On preparing our selections for Electronic Groove, we did, for a second, discuss ‘trying’ to pick without including any Jan/Farben in, as we both put him in everything, lists to mixes, but that’s immoral to our musical influence, the man is a genius! Just listen.” (Ruthit)

“Selecting only one piece from Andreas Tilliander’s Ljud LP was a difficult task, as the entire release is just stunning. Mille Plateaux is one of those essential outputs that delivered time after time, without question one of my favourite sources for music. Still sounding fresh to this day” (Ruthit)

“Incredible work from Zip & Sammy Dee aka Pantytec, released on the inimitable Perlon label from Berlin in 2002. This is the opening track of the album and it’s as deep and hypnotic as it is heady and driving, the bit crushed bass, sparse poppy rhythms and intricately processed vocals personify the Perlon vibe perfectly.” (Yard One)

“Monolake/Robert Henke is an absolute master when it comes to sound design, i’ve not heard many tracks of his that don’t hit the nail, hard on the head. Bicom is taken from the exceptional LP, Cinemascope, offering a look into the future, it’s hard to believe it was made in 2001. Mind-blowing productions skills with unpredictable grooves, so good.” (Ruthit)

Archie B shares his most influential house tracks