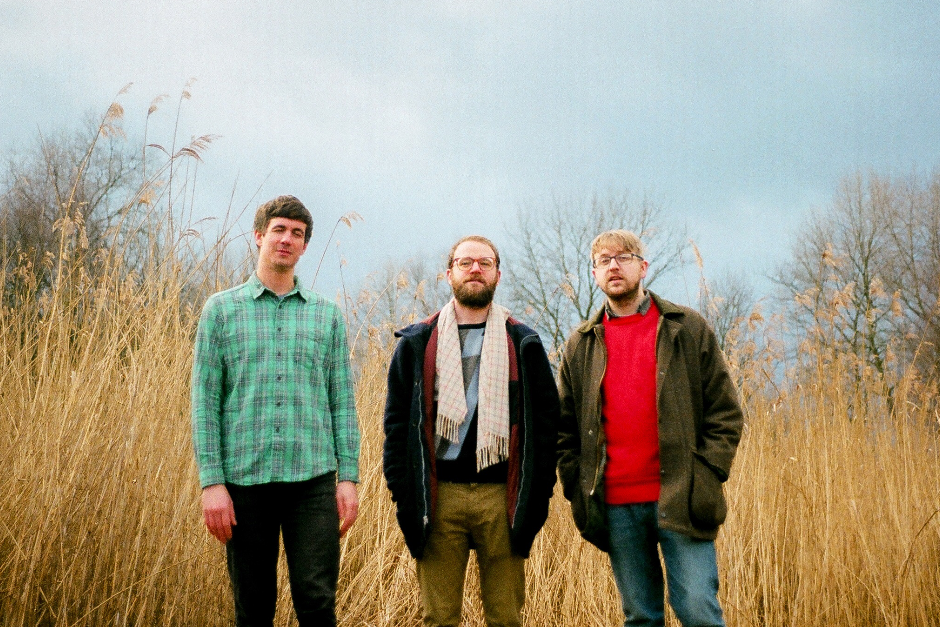 Ilk comprises Bob Tollast, Olly Puglisi and Tom Fisher. As members of Laurel Collective – alongside Mercury Award-winning producer Charlie Andrew (Alt J) – Puglisi and Tollast are also co-founders of the ‘In the Woods’ festival. Under the name Action Pyramid, Fisher’s work as a sound artist has featured as installations and headphone pieces at the Tate Modern, Tate Britain and Iceland’s Husavik Whale Museum.

Earlier this month, Ilk teamed up with acclaimed composer and producer Matthew Herbert on the follow up of their debut album, playfully exploring the space in which found-sound recordings and infectious pop music coexist. ‘Y U R M X’ EP, which consists of two new original tracks and a collection of remixes, was released digitally on Herbert’s Accidental Records. Today, they share some of tracks that influenced their latest EP.

01. Talking Heads – Born Under Punches (The Heat Goes On)

“Surely one of their finest songs? What an album opener. The fusion of the lovely solid 4/4ish groove, that incredible guitar and then Byrne flitting between a lackadaisical delivery and the glorious harmonising layered sections makes for some very inspirational listening. And that crazy effected guitar solo!”

“Somehow loose but deadly tight at the same time, with their unending musical influences often all jammed into one song. Hard to pick a favorite Deerhoof track. It’s so great when a group just keeps doing their own thing on their own tangent without a care for musical trends, and yet have built such a loyal following. A proper band with such a distinct sound.”

“A real study in rhythm and found-sound drum programming. It’s tracks like these that remind band member Tom of the special time when (the now-closed club) Plastic People was still a thing. The 1-800 Dinosaur residencies with James Blake and co were seminal nights at the venue and this percussion-heavy ‘bass music’ has certainly trickled into the Ilk productions.”

“A brilliant track from one of our favorite albums by Animal Collective. The creative production on the vocals mixed with some lovely acoustic elements is so great.”

“It’s obviously a bit of a classic but that’s for a reason right? Just love that repetition throughout and the freewheeling idealism of the lyrics.”

“This gem features beautiful and subtle cinematography of the Welsh countryside, incredible editing and sound design, plus music by Aphex Twin! It’s hard to say how films like this would directly feed into our music but the ‘observational documentary’ style that we love leads quite nicely into the field recording and found the sound element to our work.”

“This is the B-side of ‘The New Pollution’. It flits madly between jaggedey drums with distorted shouting vocals to a lovely shimmery, summery folky number. “It was an early moment when I realized there did not have to be rules to songwriting,” says our singer Bob.”

“The woozy, wonky and a quite discordant production on this early Arca mixtape is just brilliant. He went on to work with a lot of big names and gather such a following but the obvious hip-hop and r&b influences filtered through some very creative beat making mean this mixtape stays a favorite.”

09. Micachu and the Shapes – Curly Teeth

“These guys have definitely been an influence over the years and they are bloody lovely people as well. The sheer originality of Mica and the gang’s output and the fusion of so many great elements and grooves make them a real standout group for us. This is a great clip of a live version of ‘Curly Teeth’ from circa 2009 when they all look about 12. Can you see Ilk band member Olly in the background holding a banana?”

“A classic from the king of Afrobeat. This is one of Fela’s shorter tracks clocking in at a punchy 10 minutes! But those drums by Tony Allen could just go on forever.”