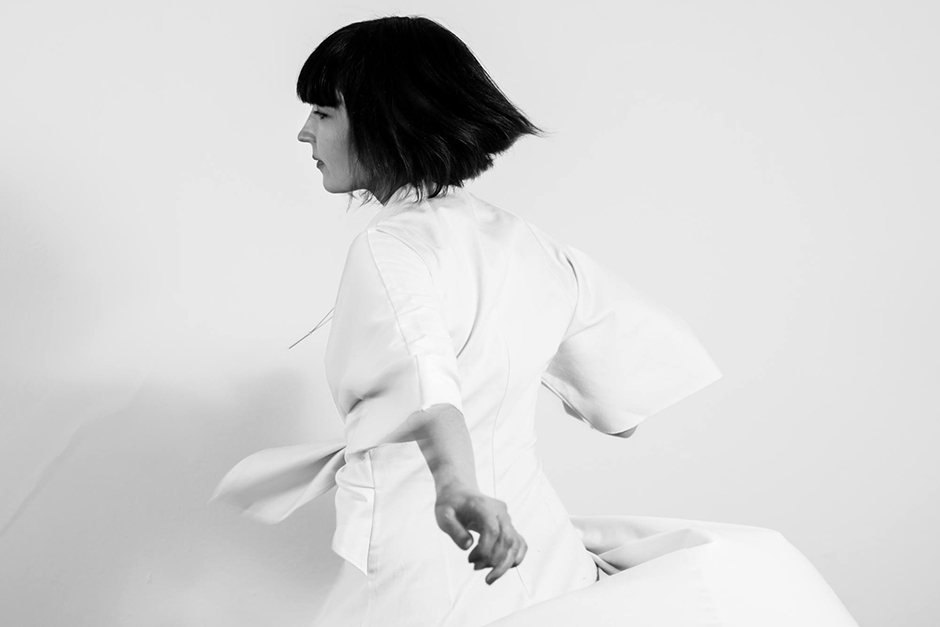 With 12th releases under her belt put on the circuit via imprints like Datapunk, Different, Systematic Recordings and others plus a full-length album debut ‘Ever Since’ the Russian DJ and producer Xenia Beliayeva just released her album ‘Riss’ on Manual Music.

This time she shares 10 of her favorite tracks.

“Let’s start with a kiss. I discovered it today, and because I feel like kissing, it’s on #1. I was walking my dog and it popped up on my Spotify playlist. I’ve been putting the track on repeat during the whole walk. It must be special. “Your lips, my lips, apocalypse“. What a line! If you do not imagine a special kiss right here…”

“Talking about kisses, let’s continue with this one. So beautiful, can’t even call it a song! Don’t know how many times I’ve heard it and it still soothes me every time I do. Epic. Take the journey. Please do me a favor, hear it lying down and using headphones.”

“We’ve had a great relationship. Half a life ago. FSOL (sigh). I used to be a pretty passionate FSOL listener, collector and user. For years I’ve put at least one FSOL track on each tape and I have recorded many. Lots of FSOL tracks are suitable intros. I bought their records blindly, full of trust. Rare phenomena. I even printed a picture of this Asian girl who looks to me like Björk and Anthony Kiedis’ daughter and hung it in the kitchen. I chose ‘Dead Skin Cells’ from the album ‘Lifeforms’…If you do not know FSOL, I recommend listening to the whole album in the album order, it’s a story.”

“From London close to Bristol. Portishead has been with me since I was a teenager. A shame that they stopped making music. I still love them very much. Every now and then is Portishead-time. Mostly on days with a melancholy shadow. (Laughs) Yesterday I met my friend Anna at ‘our’ bar. We were quite entangled in our conversation. The background noise was loud. Some music jingled in the background. I had many thoughts that I wanted and needed to tell her and then — within fractions of a second: ‘Roads’. I totally lost the thread. Silence. I asked the bartender if he was crazy to play Portishead on a Thursday evening at a bar. It’s forbidden to play Portishead on any evening or at a bar at all. Please, my heart. I asked him to change the music. I can’t concentrate when Beth sings. The bum knew exactly what I meant and started laughing. After torturing me a further bit, he agreed with the idea and instead turned on ‘Mezzanine’ from Massive Attack. That was enough, I asked for the bill and he invited me laughing. We continued our conversation at another bar.”

“Talking about love, that’s one of my first. I stopped listening to Björk when ‘Medulla’ was released in 2004. There was no reason for our separation. Somehow it crept in secret, like in a long term relationship. Everything was fine, no misunderstandings, no arguments. (Laughs). I just didn’t keep up with her. And now I’m catching up with 6 albums. It’s a bit like meeting an ex-boyfriend and hearing what he has been doing for the last 14 years. So, come to me.”

“Let’s lift it up with a dance classic in the truest meaning of the word. Strictly Rhythm has a lot of ‘Essential Bombs’! This one is one of my favs. Whenever I hear ‘Rise From Your Grave’, I immediately want to dance. Somehow it really rises and crawls my body up. The high-hat hits like a whip and sooner or later I dance like a maniac from a forgotten tribe, waving my hands and such. Just kidding, but almost.”

“It doesn’t need many words here. I love Audio.nl and Motor. Collected nearly everything from both. Vadim Ougrioumov from my hometown does great things. That’s it. I’ve picked the Audio.nl 008 and thought at the same moment about Domina on Maurizio / M-3. Both used to stand behind each other in my record box. Smashers!”

“I got to know DJ Daniel during my A&R time with Ladomat 2000. Very beautiful person although I hardly saw him. At least now I can follow up on his life with Facebook and witness his little daughter growing up so fast. The last time I saw him, she was just born. Time flies. As sorry as I am, or as beautiful as it is, I can not find a video here. Try to get the record on Discogs, I’d put my hand in the fire for it. It is a limited edition. Gosh, I played this 12” up and down. And every time I think I’m putting it out of the sleeve, I simply left it on the turntable. Like a talisman or something. I’m listening to it right now and it sounds just as nice as it did in 2001.”

“Let’s take a quick look at the beginnings of my career. After several birthday parties and other appearances in galleries, at private viewings and bars, Florian Schneider heard one of my tapes during a photoshoot and invited me to play before their concert at the opening of the art and media center (ZKM) in Karlsruhe / Germany in 1997. I nearly pissed my pants, but survived it somehow. ‘Neon Lights’ is one of my favourite tracks from Kraftwerk.”

“None of the pieces I wanted to take for my final pick were online. Grr, using this angry red emoji (Laughs). I was sure to close this feature with some Elektro. Tracks my music was inspired by… Anyway, Cybotron is always good and a sure shot. As you probably noticed, I mostly wrote essential tracks from artists whose records I have collected and tracks I know by heart. Same here. “The ends do not justify the means, you understand”. “Clear”. Thank you for reading.”