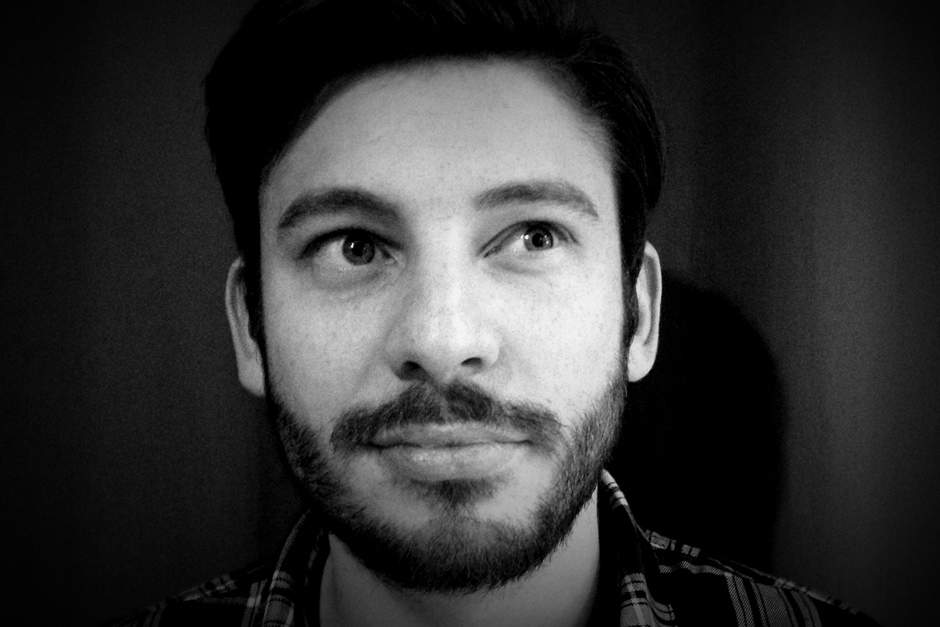 Emseatee is an alternative electronic producer fom Oxford UK, who is  influenced by the concept of memory and nostalgia and  tries to express the emotional aspects of time through his music. His new work is about to be launched and he wants to share his influences and favorite music tracks.

“My music, no matter how hard I try for it not to, always revolves around memory, experiences and to some extent nostalgia. The influences below have all shaped the way I approach creating and producing.”

“I grew up in a very musical house, my parents are both big music fans and there was hardly ever a time when there wasn’t music playing. My mum always played a pretty heavy mix of Motown and 60’s rock ‘n’ roll, The Beatles being one of her favs. It was pretty inevitable that they would remain a big influence on myself and my music for years to come. My parents set up a record player of my own in my room when I about 6 or so and it wasn’t long before I was taking ‘The Red Album’ and ‘Led Zeppelin III’ upstairs to see what all the hype was about. It was a few years later that I came across ‘Revolver’ and ‘Tomorrow Never Knows’, always shone through as this totally different take on anything I had heard before.”

“I got a Yamaha Portasound keyboard for Christmas one year and will always remember spending hours trying to work out something to play on it when my dad came over and started playing (not that I knew at the time) ‘Tubular Bells’, each time around selecting a different preset. Initially I didn’t get it. ‘Surely you’re starting the loop again too soon? Shouldn’t there be another couple of notes before you go back to that starting point?’ This was my first introduction to a piece of music that didn’t revolve around something like a 4/4, 3/4, 2/4 time signature, yet I had no clue what it was. All I knew was that it worked. This was played endlessly every time the Yamaha got plugged in. Eventually I got my dad to teach me, I still play it whenever I stumble across a particularly bell like synth patch. Old habits die hard. Unusual time signatures that feel so wrong and right at the same time is still something I love to create, much more by accident than intentionally.”

3. Rage Against the Machine – Ashes in the Fall

“In my early teens, everything I was listening to was very much guitar based. Whether it was psychedelic, prog rock or metal I only really wanted it to be guitar driven music going through my ears. I think I got ‘The Battle of Los Angeles’ by RATM purely because it was cataloged in the metal section of HMV and I thought it looked as much a rock album as anything else I was listening to. After a couple of spins through I was left a bit gobsmacked, how is this band throwing in these harmonicas and record scratches yet people are calling them heavy rock/metal. Reading the liner notes there was one statement that read ‘All sounds created by guitar, bass, drums and vocals.’ That to me was a bit of a turning point. I starting getting hold of as many guitar pedals as I could to try and make the weirdest noises possible. I still throw audio lines through a load of guitar effects to this day, the Whammy pitch shifter being a mainstay in my production workflow.”

4. Radiohead – Everything in its Right Place

“Kid A was a total game changer for me. At the time I had started working weekends at this shop whilst at college and met this guy who seemed to appreciate he now had someone he could talk music to. We used to skive off the shop floor and he would play albums on the stock room CD player, Kid A being one of them. I was totally hooked and at the same time pretty perplexed how the sounds had been made, music production using computers was totally alien to me. I can still remember how pissed off the guitar band I played in was when Richard gave me more and more music that was completely reshaping how I was approaching the music I was making. Goodbye power chords, hello E-Bows and ridiculous reverb tails. I still listen to this album every time I’m having a lack of inspiration as it always triggers 16 year old me and that explosion of creativity that ignited in my head.”

“In my early teens, my main source of discovering my music was my sister’s collection. She had her finger very much on the pulse with regards to what you needed to listen to and although she wasn’t keen on my sneaking into her room and taking stacks of CD’s, she pretty much became a private music library for me. I snatched Leftfield’s ‘Phat Planet’ just because I liked the look of the artwork and after the first listen tried my hardest not to give it back. The bassline in this track is beyond iconic. I think it’s the perfect display of how you can completely abuse a hook. Its brilliance lies in its complex simplicity.”

“Cue my introduction to sampling. Up until hearing ‘Endtroducing’ I hadn’t been able to recognize the genius behind relocating a riff, pattern, line or beat into a new arrangement. Instantly noticing the lift of the droning bass from Metallica’s ‘Orion’ forced me to pay attention. The blending of genres into this seamless, almost history lesson like track opened up so many doors for me with regards to creating new avenues within my music. I used to play this album through a CD walkman into my Line 6 DL4 to create loops of certain beats and sections. My own means to sampling given the lack of equipment I had at the time. I would jam for hours over the loops. The DL4 had a reverse and half speed setting, although limited in features I was constantly striving to create different effects, feeding delays back into the loop until I was left with unrecognizable washing drones of noise. My work process would be completely different if it wasn’t for this album.”

“I don’t know how you could listen to this album and especially this track at the time of its release and not be influenced by it. The combination of the Hip Hop beats alongside the warbling analogue synths that almost feel like they are struggling to stay at the correct pitch caused me to listen to nothing else for something in the region of 3 months straight. This song has always been a source of inspiration when I approach a track/project whereby I want to take everything back to a relaxed approach. It has always caused me to re-assess a mix and concentrate on the important elements involved, removing anything that clutters and distracts from its overall vibe.”

“Aphex Twin’s work has been something of a love-hate relationship for me. I find myself almost studying it at times and others becoming completely infuriated by its mannerisms (laughs). Perhaps this is the objective! ‘Flim’ was a track I instantly fell in love with purely because of its simple stripped back piano like synth line, but it’s the drums and percussion that cause me to listen again and again and again, each time discovering something new that I had missed the hundred times prior. ‘Flim’s construction has had a direct influence on the way I approach producing the rhythmic qualities of my work, but in a relatively reverse way. I start a track almost trying to implement an Aphex emotion only for that to take a complete U-turn and create something that was initially inspired by it with contrasting results. This music pushes me to think outside of my own comfort zone and I couldn’t ask for anything more than that.”

“Gold Panda has been a huge influence on all the music I’ve made. When I first heard ‘Lucky Shiner’ it was like something had clicked in my head as to what I had been looking for in an album. It brings together such a huge magnitude of disciplines and creative avenues that it’s almost impossible for me to put it into words. The combination of strings, pulsating bass lines, percussive lines drenched in slap back echo among all its other qualities really had a huge impact on where I wanted to take my music. ‘Vanilla Minus’ encapsulates all these aspects in one concise, perfectly executed collection of minutes.”

“I discovered Seekae through a bit of an obsession with the label Future Classic. I can vividly remember hearing ‘Void’ for the first time and being completely and utterly blown away by it. The amalgamation of vocals and instrument like pipe organ with the glitchy beats was phenomenal to my ears. I was totally hooked with the entirety of ‘The Sound Of Trees Falling On People’. There was a period when I played it every single night on repeat with my girlfriend, who also completely fell in love with it. She surprised me with Future Classic’s re-issue of both this album and +Dome released on a triple vinyl. It is without doubt my most prized possession. This album has had the most positive results on my own creative writing, especially on my album.”