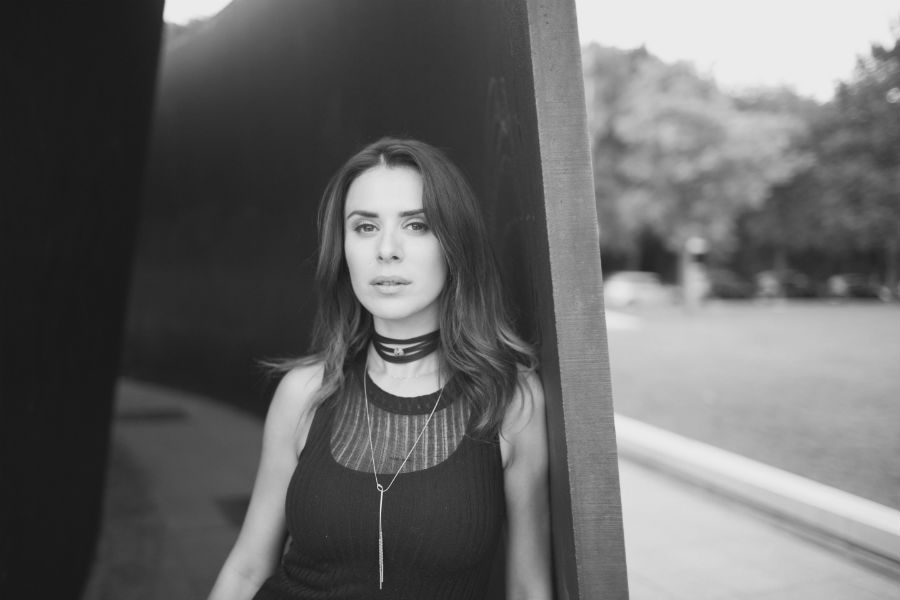 Nela’s serious love affair with music started when she was just a child playing the piano. Her discovery of electronic music was an intense breakthrough where she realized that she didn’t just want to play music but she got inspired to create it.

Hailing from Tel Aviv, it wasn’t long before Nela made a name for herself in the local music scene as an artist with an influential and unique vision. Currently living in Berlin she is regularly sought out by some of the most exciting and high profile international nightclubs and festivals in Israel, France, the United Kingdom, Germany, Greece, the Netherlands & South Africa. She plays regularly at Kosmonaut, Ritter Butzke in Berlin and at Scorpios in Mykonos.

We asked NELA some of her favorite tracks aligned to the release of her latest EP ‘Face It’ on Electronical Reeds.

“‘Sexy but not cheesy’ – The caressing synths along the deep, hypnotic vocal truly makes this piece special. It also reminds me some old disco records I heard as a teenager, somehow I just want to get up and dance when I hear it! It gives you this feeling of sexiness, like you just wanna dive in.”

“I’m still dreaming of dropping this tune as I haven’t had a chance yet. It’s a total masterpiece from a composing/production aspect. It’s such an experimental track with a very freaky groove, broken vocal and the saxophone is totally unexpected… It’s even chaotic, I absolutely love it!!! I would definitely play this one at an open air festival.”

3. Sidehustle – Stay (Through My Speakers)

“I’m playing this tune very often, it’s kind of a mix between garage/beats with an African touch, special indeed. It’s these kinds of tracks that nobody expects this kind of beat to come in.”

“You can listen to this tune for hours, not even noticing its playing. It brings so much atmosphere and groove but with a light touch and lots of delays. Summer material.”

“I agree with some comments that were said about this one, can’t get enough of it’! I was actually listening to the radio show ‘No Bad Days’ with a friend and we both were amazed when W.L.Y.B was playing. Since then it has not left my USB sticks. It has a very surprising build up and a totally romantic vibe – floaty yet punchy! It’s kind of sentimental for me reminds me very much last summer.”

“This goodie comes from Guti. I’m asked about this track a lot and I call it the atmosphere creator – perfect for an opening set. Nice drum action going on along with very trippy synths.”

“Another amazing track from Roman Flügel, it really is just pure happiness, very touching. I can imagine that Roman was smiling non-stop while producing it or just ‘daydreaming’. The funny thing is that this melody reminds so much a dear friend of mine so it was a must!”

“This creation from Gnork is one of my absolute favourites – It’s a perfect summer track with atmospheric pads alongside punchy drums, a nice kick-drum & a surprising bass in the end. Simple, minimalistic but it brings hell of a vibe to the dance floor.”

“Well this one is a groove bomb remixed by Legowelt. Like all his tracks it consists of many elements that fit perfectly together, a supercool vocal & many unexpected twists. A really cool oriental synth comes in as well! A favourite Artist/DJ of mine was playing it couldn’t stopped dancing, awesome for a big room.”

“The last one of today by Simone was released on the Night Tide label and proves that when you have the right elements you can go on with them forever. It’s a super groove techno tune, that in my opinion was made for summer and brings in so much positive energy to the dance floor. I would like to the thank Eluize (founder of Night Tide) for sharing this EP with me.”

NELA’s ‘Face It’ EP is already available on Electronical Reeds.

Baran Ertem shares some of his most influential tracks

After recording his recent EGNU mix we caught up with Paris based, Turkish artist, Baran…